New Zealand’s expertise in maternal and infant health research has led to the University of Auckland’s Liggins Institute and its research transfer company, Auckland UniServices, completing its first clinical trial, the CLIMB study, in collaboration with Chongqing Medical University (CQMU), in South-Western China. 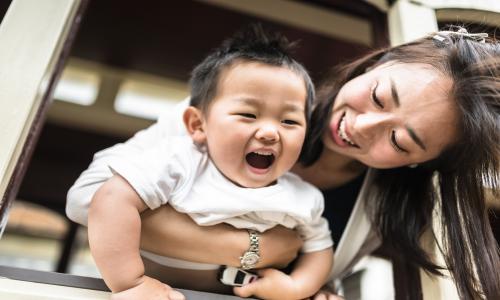 “We are pleased to have reached this milestone and to see the exciting capability we have in China now. This successful partnership paves the way for further trials and collaborations in the future. The results of the CLIMB study are also expected to create potential economic benefits for the New Zealand dairy sector,” comments Auckland UniServices chief executive Dr Andy Shenk.

The CLIMB (Complex Lipids in Mothers and Babies – Comparison of Different Maternal Milk Preparations during Pregnancy) study, which was sponsored by Fonterra NZ and co-funded by the Primary Growth Partnership (PGP), was a first for CQMU and was the first trial delivered by UniServices in China.

The three-year trial recruited 1500 pregnant women and started in 2015. It followed the progress of infants for a year after birth. The trial explores the impact of mothers’ complex milk lipid intake on birth outcomes, infant brain development and general maternal health.   The researchers are currently analysing the results of the CLIMB trial.

“The project not only reflects the efficient assistance and advanced level of the research teams of both parties, the Chongqing Medical University and the University of Auckland, but also reflects the strong leadership and sincerity of the management of the two parties," says Professor Yang Zhu of the CQMU.

Despite Chongqing being home to such a large population, there has been little applied nutrition biomedical research undertaken. The bio-banking facility and established patient database had to be introduced through the CLIMB study, and the hard work of the CQMU project team to establish a clinical nutrition trial unit and experienced research nurses, supported by UniServices’ project management expertise and Liggins Institute clinical trial expertise.

Biobank and database of the future

The resulting bio-bank and database now gives CQMU the chance to undertake hypothesis-generating research.  It has serial biosamples and metadata throughout pregnancy, and some limited infant and paediatric data.

“This means that we can study a variety of socio-demographic, clinical, haematological and biochemical parameters from the perspective of pregnancy and infant outcomes. Bio-banks and metadata sets such as these can be “mined” for decades and support further research,” says Professor Philip Baker, the trial’s co-investigator along with Professor Hongbo Qi.

Further strengthening CQMU’s capability is its Mass Spectrometry Laboratory, established in 2016 and directed by former Liggins researcher Deputy Professor Ting–Li (Morgan) Han.  With significant investment by CQMU, the centre aims to be recognised globally as a pioneer in applying mass spectrometry technologies and bioinformatic analyses.

The laboratory undertook the analyses for the primary outcome of the CLIMB trial and has an increasing flow of internal and external domestic and international contracts, including New Zealand and Singapore.

The collaboration between UniServices and CQMU has been firmly established and opportunities for further research and expansion of collaboration are being facilitated by a dedicated pregnancy research centre based at Chongqing. The centre is attracting significant Chinese and New Zealand public good funding grants.  The research facility houses the International Pregnancy Research Alliance (IPRA) which brings together researchers from China, Canada, Ireland, the United Kingdom, South America, Australia and New Zealand to nurture and develop pregnancy research in China.

One of the IPRA’s leading investigators is Dr Anna Ponnampalam (Liggins Institute).  She is involved in projects with CQMU collaborators who are looking at the role of the placenta in major pregnancy complications.  PhD exchanges between the Liggins Institute and CQMU have also provided valuable experience for students working on IPRA-related projects.

The University of Auckland's Innovation Institute China based in Hangzhou, the “Silicon Valley of China”, is facilitating further engagements in commercial research, knowledge transfer and customised education services in China.

The capital of Zhejiang province and fourth-largest metropolitan area of China, Hangzhou is just an hour by bullet train from Shanghai.  The Institute was established by UniServices in 2017 as a wholly-owned subsidiary of the University of Auckland.

It brings together people from all facets of the innovation ecosystem, including other New Zealand universities and companies seeking to establish a footprint in China. Current collaboration activities include robotics, light metals, technologies for clean water, energy and cities, drug development, particularly in oncology, high value nutrition and clinical trials.