A network of TB researchers across NZ are working with UniServices to create a NZ-wide TB Research Consortium to join with TB Alliance and other global partners to develop future TB drugs. 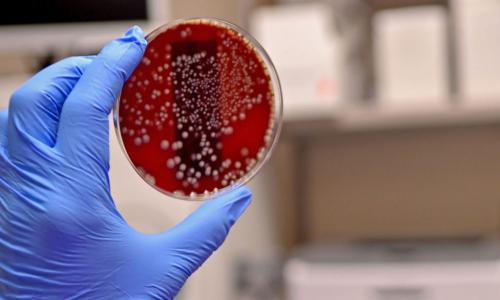 A team of medical researchers based at the University of Auckland (UoA), who have been working for nearly 15 years in partnership with the international non-profit TB Alliance to develop new treatments for tuberculosis (TB), has been part of a major breakthrough.

In August 2019, an innovative candidate drug emerging from this TB Alliance programme, pretomanid, was approved by the US Food & Drug Administration (FDA) as part of a novel treatment (the BPaL regimen) for deadly, highly drug-resistant forms of tuberculosis (TB).

Current treatment efforts for extensively drug-resistant (XDR) TB have poor outcomes, with the World Health Organization (WHO) estimating that treatment is successful for approximately 34 percent of patients. Treatment of highly drug-resistant TB has historically been complex and lengthy, with patients taking a combination of as many as eight antibiotics, some involving daily injections, for 18 months or longer.

BPaL is a three-drug (pretomanid, bedaquiline, linezolid) six-month, all oral drug treatment for people with XDR-TB as well as failed or treatment-intolerant multidrug-resistant (MDR) TB.1,2 In the pivotal Nix-TB clinical trial of the BPaL regimen, approximately nine out of ten patients were treated successfully.

Pretomanid is only the third new anti-TB drug approved for use by the FDA in more than 40 years. It is also the first to be developed and registered by a non-profit organisation, in a new model of drug development driven by unmet global need rather than commercial goals.

“FDA approval of this treatment represents further hope for the people suffering from these highly drug-resistant forms of the world’s deadliest infectious disease,” says Mel Spigelman, MD, president and CEO of TB Alliance. “The associated novel regimen will hopefully provide a shorter, more easily manageable and highly efficacious treatment for those in need.”

Pretomanid is expected to be available in the US by the end of 2019. A Marketing Authorization Application is also under review by the European Medicines Agency.

In the course of its partnership with the TB Alliance, the University of Auckland-based team has also advanced two potential bedaquiline substitutes (TBAJ-587 and TBAJ-876), which may offer additional improvements in efficacy and safety and are progressing toward Phase 1 clinical trials.

“These new drugs, together with a new generation oxazolidinone, have the potential to transform treatment even further than the new BPaL regimen by eliminating the disease in 8-10 weeks,” says University of Auckland researcher and medicinal chemist, Distinguished Professor Bill Denny who has led the research in NZ on behalf of the TB Alliance.

Despite the promise of research, a significant funding gap poses an obstacle for developing new treatments like the BPaL regimen, with an estimated $1.3 billion global shortfall in research and development funding for new TB drugs, diagnostics and vaccines that can end the epidemic.

TB is a global disease that can be spread by coughing or sneezing. It is the leading infectious cause of death worldwide. In 2017, 10 million people fell ill from active TB and 1.6 million died. There are more than half a million cases of multi-drug resistant (MDR)-TB annually and the rate is increasing globally.

Antimicrobial resistance is a priority for the Government, with NZ having one of the highest human usages of antimicrobials of any developing country, putting us at risk of running out of effective antimicrobials to treat many infections. TB is an imminent threat to this country and its Pacific neighbours as the disease thrives in poorer communities and in Asia, where NZ derives many of its increasing number of migrants and tourists.

Professor Denny says, “Although we see very few cases of MDR-TB in New Zealand, the current treatment costs can run to $500,000 per patient and the survival rates are poor.

“The University of Auckland team has built up a great skill-base working with researchers across New Zealand.”

Other NZ universities have also made significant contributions to this drug development programme through the nationwide collaborations under a tuberculosis flagship research programme of the Maurice Wilkins Centre for Molecular Biodiscovery.

Professor Greg Cook of Otago University says, “One drug is not enough to make up for the 40-year lag in TB drug development. The development of new inhibitors targeting the same pathway as bedaquiline and pretomanid has been a major focus of the Maurice Wilkins Centre.”

The network of TB researchers across NZ, working with UoA’s commercialisation company Auckland UniServices, are hoping to create a NZ-wide TB Research Consortium to join with TB Alliance and other global partners to develop future TB drugs.

UniServices chief executive Dr Andy Shenk says, “This is an exciting breakthrough and is an opportunity for New Zealand to take a science leadership role. By creating a centre of excellence, we will be able to attract and retain valuable staff and secure further contract research, clinical trials and ultimately revenue for New Zealand. However, the most important outcome is to be part of saving lives, not just in NZ, but in many countries worldwide.”