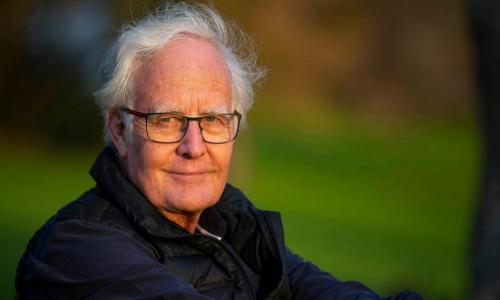 When Distinguished Professor Peter Hunter was a boy, he and one of his brothers, Ian, had electronic labs in their bedrooms. Peter ran a repair service from there, fixing valve radios for people in the neighbourhood.

In an interview with Ingenio in 2017, the brothers said their father, Les, was an electrical engineer and an inventor who, in 1950, constructed New Zealand’s first experimental closed-circuit television station in his backyard, ten years before TV was introduced here. Ian is now a distinguished alumnus of the University and Professor of Mechanical Engineering at the Massachusetts Institute of Technology (MIT). Peter is the Auckland Bioengineering Institute’s founder and director, helping nurture the ideas of ABI students in much the same way his father did with his sons.

The ABI figured prominently in the recent University Research Awards and among those recognised was Peter. He was awarded one of the Vice-Chancellor’s Commercialisation Medals, which recognise the work of researchers who have made a significant impact on the economy and society. He was quick to share the honour.

“It’s really an acknowledgement of ABI’s role in creating an environment where fundamental research and graduate training in the MedTech area is linked to innovative companies and high-tech employment opportunities. Research-led universities are at the heart of innovation. We are trying to show one way in which this can be done.”

Peter set up the ABI in 1980 while collaborating with physiologist Professor Bruce Smaill on cardiac research, work that continues to this day. The University of Auckland is the only university in New Zealand that has both a medical school and an engineering school, which is what led to the creation of the ABI. Many PhD students who came through the ABI in the 1980s and 90s have since become its principal investigators or have established companies employing ABI graduates. These include Associate Professor Ian LeGrice, Professors Iain Anderson, Poul Nielsen and Martyn Nash, Dr Greg Sands and Dr Chris Bradley. Professor Nic Smith, recent Dean of Engineering, is another ABI graduate.

The first woman to gain a doctorate through the ABI (Engineering Science) was Professor Merryn Tawhai, in 2001. She’s now the director of the Medical Technologies Centre of Research Excellence aka the MedTech CoRE.

Peter notes there has been a lack of women in the ABI, but that’s improving.

“It’s largely changed because of Merryn Tawhai. We now have the likes of Dr Alys Clark and Dr Kelly Burrowes. Worldwide, engineering courses traditionally attract about 20 percent women undergraduates but bioengineering courses attract a 50/50 split. We’re still trying to redress the balance but we’re a lot better now than 15 years ago.”

Peter says the advantage of being a large-scale research institute is being able to bring together people from multiple faculties – Medical and Health Sciences, Engineering, Business and Science among them.

“So you can make appointments from many different areas. It’s also good to have a critical mass for doing research. We’re big enough to make some strategic decisions on direction that you couldn’t if you’re a smaller group within a faculty.”

The ABI has around 250 people including 100 grad students. With the help of UniServices, the commercialisation arm of the University, it has established an innovation environment that’s spun out about 25 companies in the past ten years, providing jobs for graduates.

“You can’t justify having large numbers of grad students if you’re not also creating jobs,” says Peter. “They want fulfilling, well-paid high-tech jobs so a lot of the companies we’re creating are employing them. Innovation and creating jobs are part of our whole graduate training programme.”

The ABI also set up Cloud 9 on the ninth floor of ABI House, an incubator space run by Dr Di Siew where early-stage companies are encouraged to develop a “how many jobs can I create” mindset.

Peter says there’s no perfect number for the overall size of the ABI, although the premises they’re in play some part.

Peter’s vision is to establish a MedTech precinct in the Grafton area. “It would be an environment that maintains links to the research at the University, along with the commercial expertise from UniServices, the Business School and Law School, and the clinical environment of the ADHB.”

The ABI is one of the best-known computational physiology groups in the world, creating computational models of the body that incorporate principles of maths, physics and engineering. Peter’s main field of interest has been the Physiome Project, an international consortium involving dozens of research institutions around the world. The collective aim of the project is to build computational models that integrate mathematical and physiological information about organs, tissues, cells, proteins and genes, ultimately to guide interventions and treatments in human health.

“There’s this idea of being able to use engineering to create a quantitative framework for understanding human biology, from the molecular, cellular and tissue level right up to anatomy and whole organs, such as the heart.

“All the other areas of science base their theoretical frameworks on well-known laws of physics and use mathematics to help create those frameworks. Within the context of physics and biology, medicine hasn’t done that. So a lot of what we’re trying to do in the Physiome Project is to bring in physics to create the right theoretical framework for assembling biological information.”

About 35 students are accepted into first-year bioengineering each year, which is run through Engineering Science and it’s tough to get in to.

“About seven years ago, I went to a number of universities in Iran with Associate Professor Caroline Daley, Dean of Graduate Studies. Iran has a cultural tradition of strong higher education, so I think that’s how that’s come about.”

There aren’t many students from South America and Peter was about to address that. “We were due to fly out the day before the Government announced border closures. In retrospect, it was just as well. We were going to Brazil, Argentina, Chile, Colombia and Mexico.”

While international students are an important part of the programme, bringing in not just fees but diverse skills and thinking, philanthropy is now helping too. “Philanthropy has been a recent significant source of income, just in the past few years. People can see the impact our researchers are having on society.”

Peter is excited about a project the ABI is working on after receiving a major grant from the National Institutes of Health (NIH) in the US. It involves creating a mathematical framework for the body’s autonomic nervous system.

“That has reached a point now where it’s beginning to take off and we could be on quite a big growth path. The autonomic system is one you don’t have voluntary control over and it’s vitally important. If it goes wrong, there’s an imbalance between the two major parts of that system – the sympathetic and parasympathetic. Many chronic diseases are associated with that imbalance, so understanding it is critical and could have a big impact. There’s an opportunity to develop new types of implantable instrumentation associated with neuromodulation of the autonomic system.

“There’s always something new and exciting.”

This article first appeared in the July 2020 edition of UniNews.