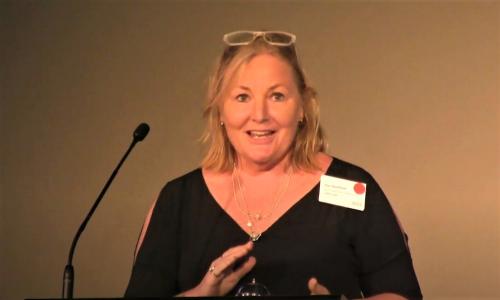 Whāraurau helps develop the capacity of the health workforce in Aotearoa New Zealand to support the mental health and wellbeing of young people and their whānau. It is a business unit of UniServices, a not-for-profit corporation focused on translating University of Auckland research into impact for government, industry and communities. UniServices is wholly owned by the University of Auckland.

Dashfield has been director of Whāraurau for seven years. In her role there, she leads workforce development for professionals working to support child, adolescent and family mental health and wellbeing, including helping people overcome addictions. During her secondment, she will be broadening her scope to help grow and upskill the mental health and addiction workforce for all ages across Aotearoa.

“Good mental health support has never been more important,” said Dashfield. “It’s vital we ensure we’ve got the services and the workforce to respond to the needs of New Zealanders now and in the future.”

The government has made a substantial commitment to improving access and choice when it comes to mental health services, so many people need to be recruited and trained for new types of services and roles.

“In the future, it might mean that if you go to your general practitioner with mental health or addiction issues, you’re able to see a health coach or health improvement practitioner quickly and on site,” said Dashfield. “That way, many mental health needs can be met at the community level while those who need it can be referred to specialist services.”

Working in government isn’t new to Dashfield, who was at the Ministry of Health before starting her role with Whāraurau. A career health bureaucrat with some 25 years of experience, she has worked in service development, planning and funding for physical and mental health programmes at District Health Board, regional and national levels.

Milnes is also highly experienced, with seven years at Whāraurau under her belt, most recently as senior project manager. She has experience in service development, public policy and team leadership, and an academic background spanning law, science and business administration. Like Dashfield, she came to Whāraurau from the Ministry of Health.

Dashfield began her new role at the beginning of September, at first part time to support Milnes as she transitions into the acting director role at Whāraurau. By late October, she will be at the Ministry of Health full time. Her secondment is initially slated to continue until February. She will continue to be based in Auckland during her secondment.

“We at UniServices are very proud of Sue and the role she will play in transforming the mental health support landscape in New Zealand,” said Andy Shenk, UniServices CEO. “Meanwhile, we know Whāraurau will be in good hands under Abi’s acting leadership.”