Skip to main content
Advice from a clear-sighted entrepreneur 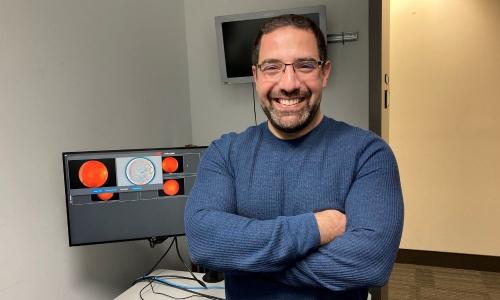 Ehsan Vaghefi has been a guide all his life. After all, when other children his age were being helped across the street by their parents, he was helping his blind father across roads.

Vaghefi is now a senior lecturer in the University of Auckland’s School of Optometry and Vision Science as well as co-founder and CEO of the UniServices-backed startup Toku Eyes, a social enterprise that recently raised $3.6 million to bring its retina-scanning AI software to market. That means he’s on the cusp of achieving his life’s goal: helping prevent blindness on a large scale.

Vaghefi knows he’s just starting to see success as an entrepreneur. However, he’s learned a lot and is keen to help others who might be a step or two behind in commercialising their research.

The Toku Eyes back story

Vaghefi’s father was just a four-year-old boy in Iran when he lost his vision to congenital glaucoma. Had the disease been diagnosed and treated early, his vision could have been saved.

“All my academic and professional life has been driven by that story,” says Vaghefi.

After a master’s degree in biomedical engineering at the University of New South Wales, Vaghefi began doctoral studies at the University of Auckland to research eye imaging. He stayed on after his PhD to teach and continue his research. His work resulted in 45 peer-reviewed papers and three patents. Still, he wasn’t satisfied.

“I was contributing to vision science but I wasn’t actually making an impact on society,” says Vaghefi.

Then, in 2018, Vaghefi met David Squirrell, an honorary University of Auckland academic and lead ophthalmologist for the national Diabetic Eye Screening Program.

“In a friendly conversation, he mentioned there were too many patients in his clinics for the number of staff,” says Vaghefi. “It was one of those serendipitous moments because I realised that with his clinical experience and my knowledge about artificial intelligence, we could do something about it.”

That’s how Toku Eyes, which means “My Eyes” in a mix of Te Reo Māori and English, was born. 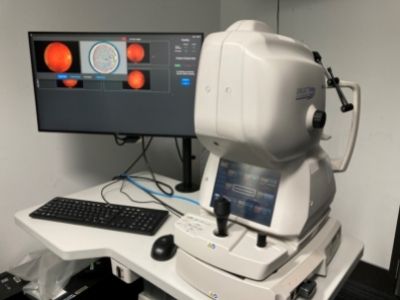 Most vision loss is treatable, but only if it’s caught early enough. One common cause is diabetic retinopathy, in which high blood sugar damages the tiny blood vessels in the retina.

In New Zealand, nearly 300,000 people live with diabetes. Only half of them are being screened yearly as they should be. The result is that, all too commonly, vision loss is caught only when patients are almost blind, says Vaghefi.

Currently, screening relies on bulky, expensive equipment, which means it’s largely confined to larger centres. Specially trained clinicians must also interpret the images one by one.

The system Vaghefi envisions involves simpler equipment sending images to a national, centralised AI system for immediate analysis. This would mean screening could be done in any shopping centre optometry shop or even through mobile clinics.

“AI excels at pattern recognition, so we’ve taught our software what a healthy retina looks like and what an unhealthy diabetic retina looks like,” says Vaghefi. “It can also grade the severity of disease. The information is sent back right away, so within seconds, the optometrist who took the image in Invercargill or wherever knows what to do with that patient.”

Toku Eyes is currently trialling its technology in several locations in New Zealand. The next step? The world. The use of AI reduces time, cost and staffing pressures and increases access by reducing location barriers. These factors could be game-changers in low- to middle-income countries.

The company is now looking to move into Africa, the Pacific, and South and Southeast Asia, in part through partnership with KeraLink, a U.S.-based not-for-profit organisation dedicated to making treatment for corneal disease accessible to all.

“These aren’t markets we’re going into because we’re after profit; it’s something we want to do because we want to make a difference,” says Vaghefi.

Toku Eyes is also working with KeraLink on moving beyond the retina to develop AI tools that screen for cornea and lens diseases.

“The ultimate product will be a screening tool for all the major diseases of the eye, covering 97 to 98 percent of all causes of blindness,” says Vaghefi. “The tool has to be transportable, so it can be used in mobile clinics visiting rural areas, and it has to work with lower-quality eye cameras and in places where internet access may not be reliable. These are significant technical challenges, but we have solutions for most of them.” 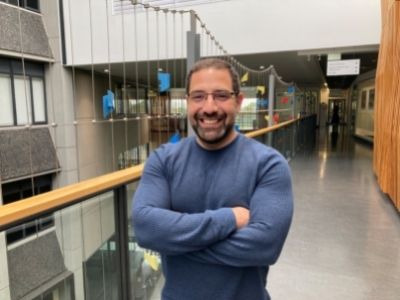 Despite Vaghefi’s technical expertise, he had no background in business until he co-founded Toku Eyes three years ago. Now, to encourage other researchers to follow a similar path, he’s sharing some of the lessons he’s learned the hard way.

First, “don’t sit on your idea,” says Vaghefi. “You can be sure that somewhere, someone is thinking about the same things. Patent your idea and create a proof of concept as soon as possible.” UniServices helped in the patenting process when he initially had no idea how to go about it, he adds.

As an entrepreneur, be prepared to work hard and “do everything,” says Vaghefi. “You have to be the coder, the product tester, the person negotiating the deal.”

To grow, though, “you need the right team around you,” says Vaghefi. “Once you’ve got some seed funding, that’s the time to grow your team.”

Listen to quality advice from team members and outside sources. When he was raising initial seed funding, a Return on Science investment committee provided valuable insight on going abroad, says Vaghefi. However, when he returned for more money, the advice was tougher to swallow.

“They said, ‘You don’t need to raise money here anymore because you’re past this stage; you have to go outside.’ At the time, it hurt a lot, but it got me to play at a different level,” says Vaghefi.

Unlike the friendly environment at Return on Science, presenting to venture capitalists was “brutal” – but it taught Vaghefi his number-one lesson: to not give up.

“You’ll hear ‘no’ over and over. You’ll have to listen to people who doubt you, who throw everything at you to prove you’re wrong, but you have to believe in yourself and keep going.”

“If you raise money through seed capital or venture capital, you have to give away part of your company. With research grants, you don’t,” says Vaghefi. “Use research grants to create a proof of concept, test it and redevelop it until you have something that works.”

When do you raise venture capital, don’t raise more than you need, because the more you raise, the more you dilute your ownership, says Vaghefi.

“I’ve seen founders lose motivation because they own too little of their company.”

A final lesson? “Stay true to your mission,” says Vaghefi. “I’ve seen a lot of entrepreneurs raise some money and act like that’s it; they’re successful. But really, it’s just the beginning of the work.”

For further advice, contact Ehsan Vaghefi through LinkedIn or via email at e.vaghefi@auckland.ac.nz. To learn more about how UniServices can help health researchers commercialise their work, contact Kent Lee at kent.lee@auckland.ac.nz.