Whāraurau is completely embracing its name with a new website, URL and social media handles. 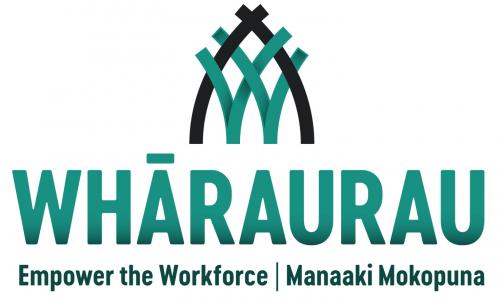 Whāraurau, a UniServices business unit, has its roots in the Werry Centre for Child and Adolescent Mental Health, which was launched in 2003. In 2016, ‘Werry Workforce Whāraurau’ emerged as a separate workforce arm of the once combined workforce, research and teaching entity that made up the original Werry Centre.

The name Whāraurau was gifted by the Northern Regional Iwi Leaders Forum. ‘Whāraurau’ is an early Māori term for small temporary transportable huts to shelter gatherers of tītī - the muttonbird. Whāraurau were constructed by using locally available resources such as mānuka, nīkau, harakeke, etc.

Whāraurau provided shelter and support for the workers, the hunters and those plucking and preparing the birds. In the same way, Whāraurau moves about the country providing training and support to the workforce.

Matua Rāwiri Wharemate was a key part of gifting the name Whāraurau. Rāwiri was kaumātua for Whāraurau from 2003 until his passing in June 2021. He had extensive experience in the Child and Youth Mental Health field. Under the guidance of Matua Rāwiri, the Whāraurau team was able to ensure all projects embraced principles and values of the Tiriti ō Waitangi and Whānau Ora, to maintain strong alignment with Māori Models of Care and approaches to wellbeing – something we continue to strive to do.

Now, in memory of Matua Rāwiri, we are fully embracing our name, Whāraurau. Our new website is wharaurau.org.nz. Not only has the URL changed, the site features many updates and easier-to-navigate functions. The organisation’s Facebook and Twitter handles will also change to @wharaurau.

There have been other major changes at Whāraurau lately. Director Sue Dashfield has been seconded to the Ministry of Health as programme director, Health Workforce, in the Mental Health and Addiction Directorate. Abigail Milnes has been named as Whāraurau acting director.

Whāraurau also moved its head office recently to more spacious premises on City Road. The team had just two days to enjoy its new offices before the Level 4 lockdown was declared. However, the team is looking forward to an eventual return.

What remains unchanged is the work of Whāraurau as a national centre for infant, child and youth mental health workforce development. Events are continuing online and resources continue to be updated regularly. To learn more, visit the new website or subscribe to the newsletter.