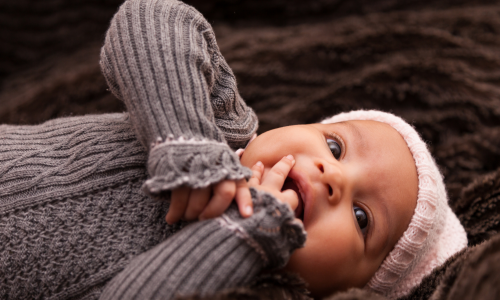 A specific blend of nutrients and probiotics was tested in an international multicentre double blind randomised controlled trial NiPPeR (Nutritional Intervention Preconception and during Pregnancy to maintain healthy glucosE levels and offspRing health). Researchers from the international EpiGen Global Research Consortium, an academic group of clinicians and scientists, specifically assessed the effects of a nutritional intervention, a combination of myo-inositol, probiotics and micronutrients, consumed both before and during pregnancy, on maintaining healthy blood sugar levels in pregnancy and sustaining a healthy pregnancy and delivery.

As published in the journal Diabetes Care, (Myo-inositol, Probiotics and Micronutrient Supplementation from Preconception for Glycemia in Pregnancy: NiPPeR International Multi-center Double-blind Randomized Controlled Trial with DoI) the NiPPeR study involved 1,729 women from the U.K., New Zealand and Singapore who were planning pregnancy – one of the largest international preconception randomised controlled trials of its type.

While the study found that the intervention did not influence the mother’s blood sugar levels or birthweights of the 585 babies born, the nutritional supplement decreased the incidence of preterm birth, particularly the cases associated with preterm pre-labour rupture of membranes.

“Preterm delivery is a serious, common and costly public health problem worldwide that continues to increase in incidence,” said Professor Keith Godfrey from the MRC Lifecourse Epidemiology Unit at the University of Southampton. “Preterm pre-labour rupture of membranes is a major cause of preterm birth. Our study presents for the first time a clinical trial of a novel non-pharmacological approach that started preconception and extended throughout pregnancy, through the innovative use of a combination of nutritional ingredients. The study findings highlight the potential value of the mix of nutrients and probiotics in reducing the risk of preterm birth and supporting a timely delivery,” Professor Godfrey continued.

Associate Professor Shiao-Yng Chan, a principal investigator on the study from the Yong Loo Lin School of Medicine, National University of Singapore, deputy executive director at the Singapore Institute for Clinical Sciences, A*STAR, and Senior Consultant, Department of Obstetrics & Gynaecology, National University Hospital, commented “One of the strengths of our study is the diversity of its participants as we have involved women of multiple ethnicities from the general population across three countries, which means that the outcomes have wide relevance to women planning for pregnancy. Additionally, the study included blinded intervention and control groups, so bias is minimised.”

Sharing his thoughts, Professor Wayne Cutfield, principal investigator on the study from the University of Auckland, New Zealand, said, “The importance of the preconception period on maternal and offspring health is being increasingly recognised, but there are very few randomised control trials seeking to optimise preconception nutrition.”

Dr. Isabelle Bureau-Franz, Head of Nestlé Research, who partnered with EpiGen for this academic-led trial, says, “We are focused on discovering science-based solutions for mothers and their infants during preconception, pregnancy and while breastfeeding. The NiPPeR study is a great example of how a public-private partnership can build scientific evidence on nutritional interventions in a largely understudied group.”

The NiPPeR study is led by a team from the EpiGen Global Research Consortium, who developed the trial in collaboration with researchers at Nestlé Research. The Consortium involves researchers at the Medical Research Council Lifecourse Epidemiology Unit (MRC LEU), University of Southampton, National University of Singapore (NUS) and National University Health System (NUHS), Singapore Institute for Clinical Sciences of the Agency for Science, Technology and Research (A*STAR), and the Liggins Institute and UniServices at the University of Auckland.

For more information on the study, visit: https://www.nipperstudy.com/